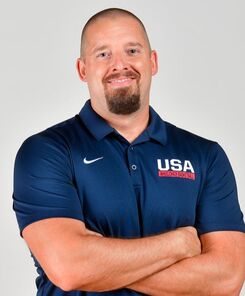 Taylor received his Bachelor of Science Degree in Recreation, Sports and Tourism from University of Illinois and his Master’s in Education with a focus on Counseling and Psychology from University of Missouri.  He resides in Auburn, AL with his wife Sara.  They have two sons, Jeremy and Jaxson.